This photographs from Jules Aarons is known as ‘Royalists’ in the book Into the streets. Not sure what royalist could mean in the very context of the USA, it is a bit strange and sounds to me rather as a joke… 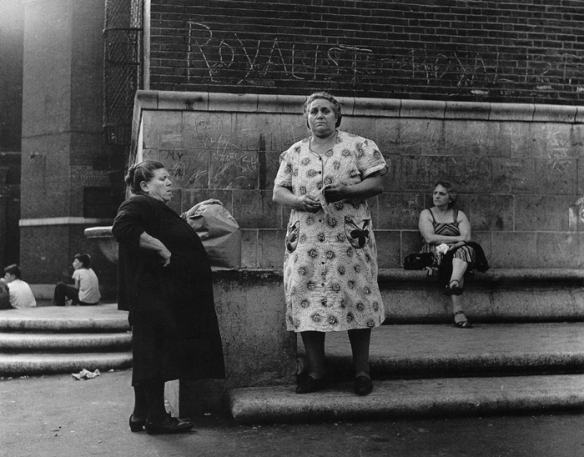 At first sight I thought it could be hard to spot this one. Although the place is rather specific, especially with what looks like a stoup behind the woman on left, but actually there is no such a place with an outdoor stoup in North End today. But I found this one thanks to an old woman I met in Hanover street. She was delighted and moved by the pictures in the book. She grew up in North End and lots of what she saw was familiar to her. She gave me precious indications for some spots, including this one. She identified in the Royalists picture what was actually the public baths of North End back then. So instead of a stoup it was rather a stone-made sink, which has been replaced y a simple public water fountain.

The building behind is now the home of the Nazzaro Community Center.

1 thought on “Rephotography in North End (2)”