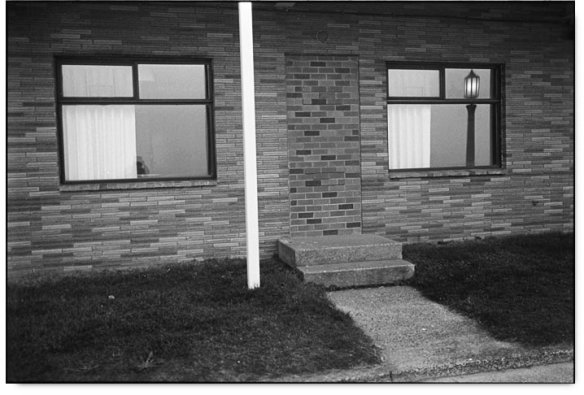 Here is a new blog category. And the idea is rather simple: it’s about a photograph I like.

To start with here is a picture by Portland based photographer George Kelly.

Now you may think that coming up with such an image is easy because it is such a mundane scene, something you can capture at anytime. But just imagine you are at the very place of the photographer and this scene is unfolding in front of your eyes.

Why would you take a photograph here ?

When you do such kind of photograph the real world is not limited to what is in the frame. People are moving, are making noise, there are all sorts of distraction everywhere, like surely in this coffee.

There was that saying about street photography:

And to me this photograph from Kelly proves it wrong.